A Management Solution for Student Tables

This year, I decided to trade my student desks in for tables! Although I was a bit anxious about making this switch, I was eager to see how they would change the dynamic between my students. 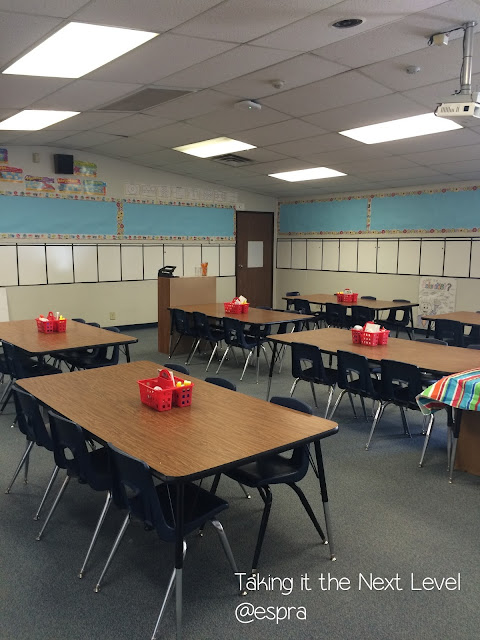 After scouring the campus for my tables and they were all set up, I had to decide what to do with their materials. Where would they put everything that kids usually put in their desks? Secretly, I was looking forward to not having those messy cluttered desks!

I used these little red baskets on the tables with the day-to-day materials they would need, and these larger baskets with the glue, crayons, markers, and tape. The white baskets landed a spot on the bookshelves at the front of the room. 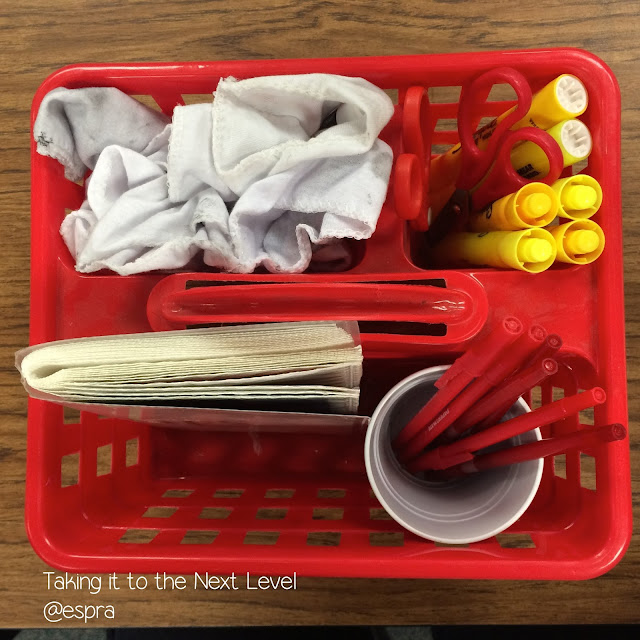 **Note, neither of these baskets still look as organized as they did in August. They are pretty much a hot mess...we are working on that!** 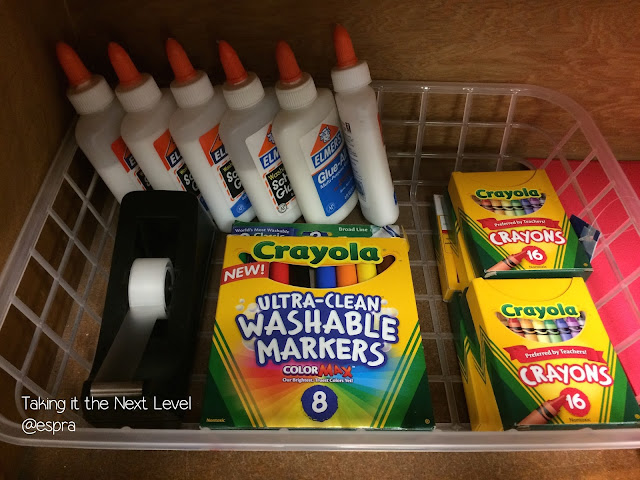 Here are the BIG brown shelves at the front of the room. The idea was that each table would have their own materials station. The Team Captain would make a trip over, grab what was needed and return back. You should have seen it in action. I made the rookie mistake of assigning the stations wrong. Table 1 had to cross the room to get to theirs, while table 7 had to do the same. It was a mess to watch and very discouraging.

Luckily, my student teacher saved my sanity! Thank you, Jordan!! As we talked about how we could implement a procedure that would be more efficient, she recognized that the kids had to cross paths and that was causing a problem. Duh! I didn't even see that. I just saw chaos that lasted five minutes per transition. We assigned the stations more efficiently and shaved down our transition time by at least two minutes - a big deal in the classroom! 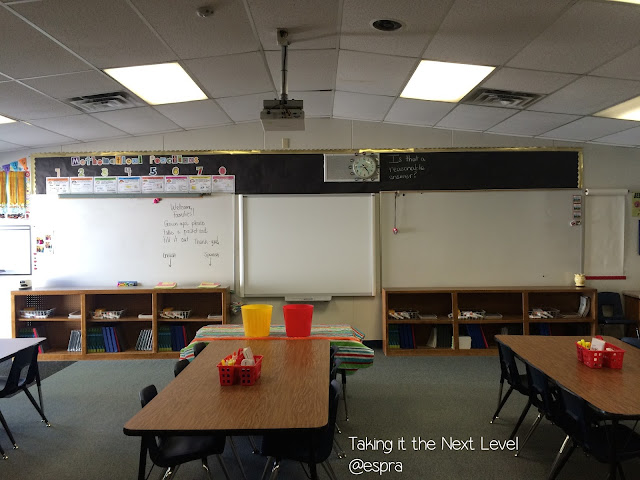 Problem solved! Until, I became adamant to have students avoid walking to the front at all. This was a motivation because I started to include more random grouping for some activities. I wanted to allow my kids a chance to move around throughout the day and work with different kids in our class. I began to give them choice in who they wanted to work with, but with that came the tortured task of moving the materials from the stations to the correct student. Welcome, Chaos, we missed you!

I didn't give up. Winter Break was the time I needed to think through this. I found a solution! 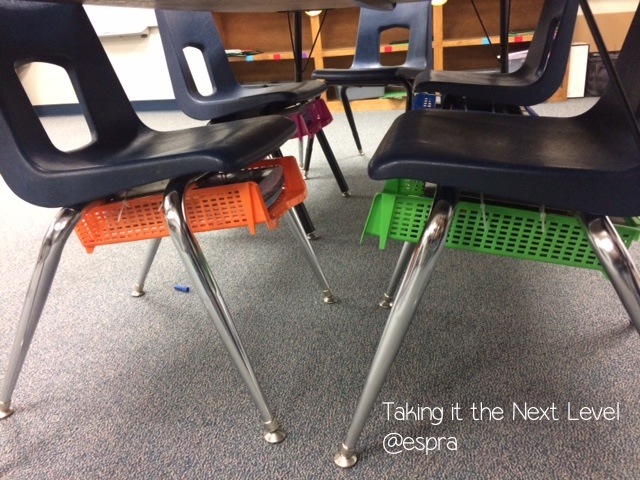 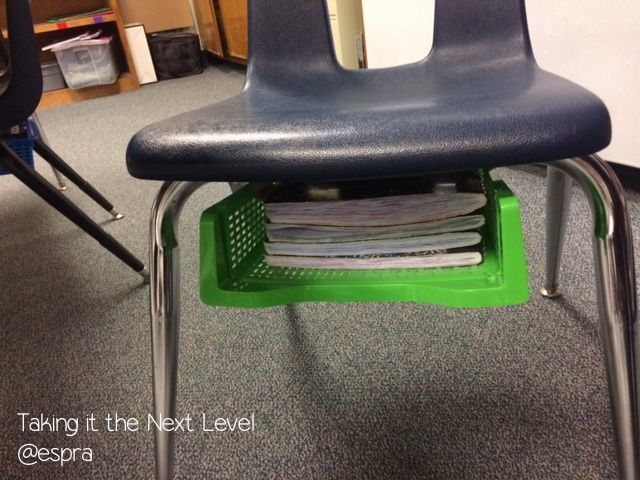 We were all super excited about this! I found these baskets at Dollar Tree and bought some of their zip ties too. I tried one before investing my $40, and with the help of my kids, we decided to attach them under the chairs as opposed to the back. After an evening of driving to two Dollar Trees, I found my 32 trays! 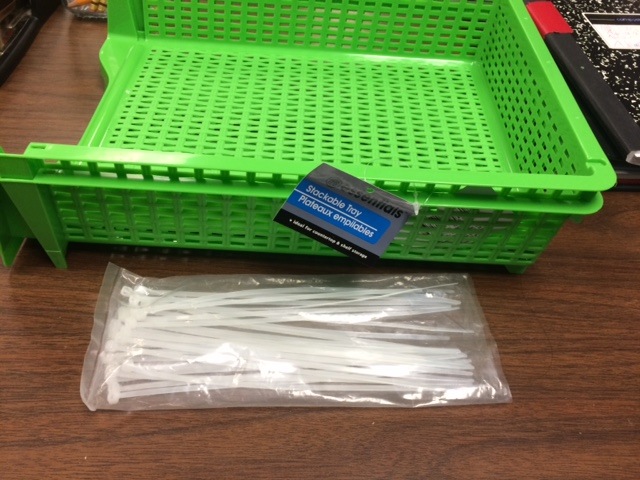 Using the holes underneath the chairs, we attached the trays with two zip ties on each side. 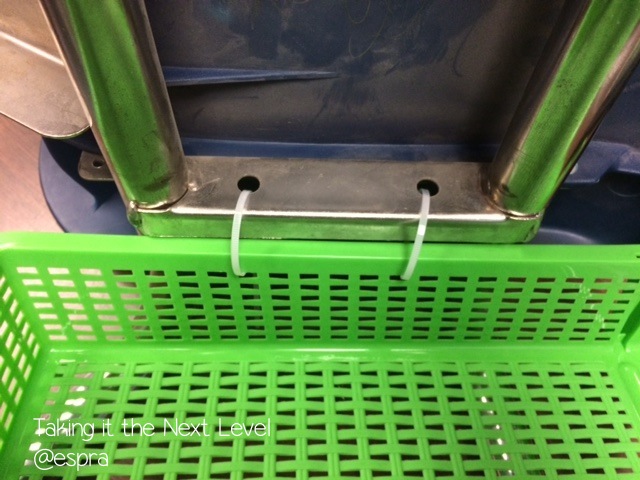 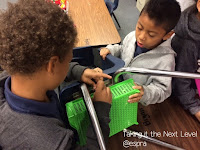 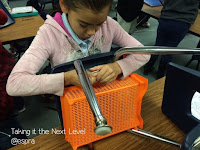 32 baskets would have taken me forever! So, in an effort to make this happen, the kids were more than willing to help install their trays.  The most exciting part about their new trays is that our transition time, putting away one subject's notebook and taking out another, has drastically decreased.  We had to time ourselves, and we are proud to share that we can do this in 30 seconds or less! Yep, 30 seconds. Can't beat that!


We had a problem, we brainstormed it as a class, and found an efficient solution together!

Next...what to do with the brown bookshelves!?

Take it to the next level!

I've wanted to create a digital portfolio for some time now, but haven't had enough to add to it. This is my final course in my ma...